An Off-Ramp on the Road to Hell 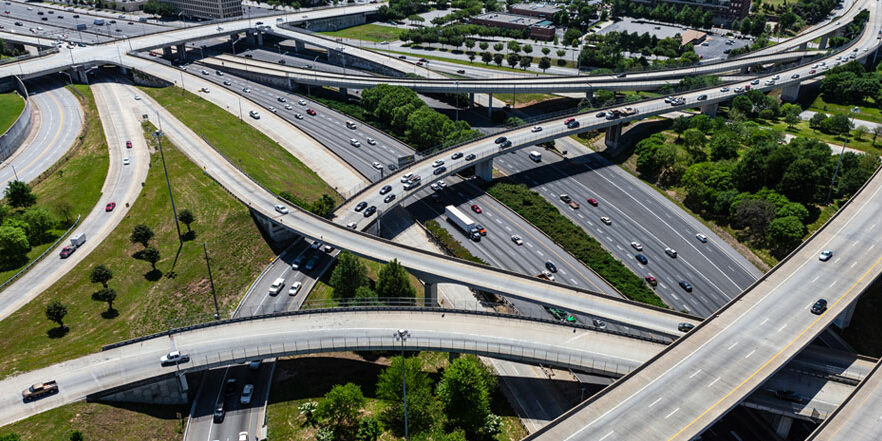 Proverbs are passed down over the centuries or millennia because we recognize that they contain a larger truth or a useful lesson. Circumstances change, but the proverbs stay relevant. That’s because they speak to our human nature, which hasn’t changed. As unique as we may be as individuals, as humans we’re all driven by the same basic thoughts and behaviors. Recognizing that psychological reality also gives us a way of avoiding our own worst instincts.

Given our natural gift for creatively rationalizing our personal behavior, there are two proverbs that we should keep in mind, not only because of the truth they reveal about our own thoughts and behavior, but because of the warning they provide. These proverbs are:

The enemy of my enemy is my friend and The road to Hell is paved with good intentions.

Useful on their own, combined they’re a volatile mix.

Add to that mix our all-too-human proclivity toward self-righteousness and the stage is set for the reemergence of a threat to national security that we haven’t really seen in a quarter century.

Peaking in the 1930s and 1940s and becoming somewhat rare in our present time, that threat is the ideological spy.

Unlike spies in the mold of former CIA officer Aldrich Ames and former Navy chief warrant officer John Walker, who admitted that their main motivation for working as Soviet spies was simply greed, ideological spies are motivated by a sense of righteousness or, more aptly, self-proclaimed righteousness.

The ideologies that motivated the spies of the mid-20th century – European Fascism and Soviet Communism – are largely discredited today.

The threat we face isn’t from foreign ideologies, though. It’s from our own political partisanship. It’s from an ideology that believes the “other side” (our fellow citizens with whom we disagree politically) pose the greater threat.

It’s an ideology that propagates the belief that our domestic political rivals are the real enemy. In this world, the enemy of my enemy is my friend, even if that supposed friend is foreign.

Intelligence officers, especially Case Officers, know that often the personality traits potential espionage recruits are most proud of, the ones they derive the most ego-satisfaction from, can be manipulated into exploitable vulnerabilities. That includes our sense of self-righteousness.

With self-righteousness comes conviction and with conviction comes the belief that, by definition, whatever we do to advance our cause is virtuous and justified.

It only takes the clever intelligence officer a few more steps to get us to agree that the righteous thing to do, the morally upright thing to do, is to accept assistance from outside our own country, from foreign actors, in defeating the “real enemy.”

We manifest our righteousness in actions that we believe are morally correct and well-intentioned. It is at this point that the second proverb comes into play because, as we’ve known for centuries, the road to Hell is paved with good intentions.

It is self-serving to suggest this is only an issue for the political left or political right. There are historic examples of Americans at both ends of the political spectrum succumbing to this trap.

Believing in the promise of a communist utopia, Americans like Alger Hiss and Whittaker Chambers made common cause with Soviet dictator and mass murderer Josef Stalin and, in the process, betrayed their fellow citizens.

A not-too-subtle anti-Semitism and fear of the political left led well-respected Americans like Charles Lindberg and General Robert E. Wood to become apologists for Nazi Germany, promoting US neutrality as violent, bloody fascism advanced across Europe.

Both sides no doubt believed they were doing the right thing. They made their decisions and took their actions with a sense of righteous conviction. History, however, has not been kind to them. Too late, they found that aligning with foreign actors in opposition to their own fellow citizens placed them on the proverbial road to Hell. The folly of their decision was manifest in the incalculable deaths in Soviet gulags and Stalinist purges, the blood-soaked beaches of Normandy, and smoke rising from the chimneys of Auschwitz. By the time they realized the error of their actions, it was already too late.

Today, however, there is a potential way out.

Psychiatrist Dr. David L. Charney and his concept of a National Office of Intelligence Reconciliation (NOIR), offers an alternative for those who have, with only the best intentions, acted in a manner that undermines our national security.

The NOIR concept proposes an organization that serves a very real need that is shockingly absent in government today. At present, when a government official, or even a ordinary citizen, realizes that he or she may have crossed a line and placed our national security at risk, there is no incentive for reporting even the most minor incidents at the earliest opportunity.

Instead we have a zero-tolerance environment when what an individual might have considered an innocent act done with the best of intentions can be a career-ender, or worse.

A NOIR, the new organization within the US intelligence community that Dr. Charney proposes in Part Two (Proposing a New Policy for Improving National Security by Fixing the Problem of Insider Spies) of NOIR: A White Paper, achieves its mission of reducing the damage done by those who either intentionally or inadvertently cross the line. It takes advantage of the core psychology shared by virtually all insider spies, or in this case, well-intentioned fellow-travelers.

Once an individual has addressed the real or perceived crisis that led him or her to the conclusion a foreign actor (ally or adversary) was somehow more worthy of trust and cooperation than his or her fellow US citizens, what follows next is often a period of reflection. Crisis averted, now there is time to contemplate the possible repercussions of his or her actions.

Many, if not most, will not be able to fully maintain the self-rationalizations and moral or ethical contortions that allowed them to make their original bargain. As days, weeks, and years pass, the full realization takes hold.

At this point in what Dr. Charney describes as “the life stages of the insider spy,” a NOIR would give the repentant or disillusioned fellow-traveler the means of exiting the corner he (or she) has painted himself into with less damage to himself, his loved ones, his organization, and his country. A NOIR would provide a comparatively safe environment where mistakes of judgement, rather than deliberate acts of national disloyalty, can be remediated without the cost of ending a career or facing time in prison.

Unlike the present zero-tolerance environment, a NOIR would offer not forgiveness but something even more valuable, and that is redemption.

The ideological spies of the mid-20th century made common cause with Soviet communism and European fascism, placing their self-righteous ideology over their fellow citizens.

Perhaps the greater threat today is that our own domestic political affiliations will lead individuals, not so much to become spies, but to become what Austrian-American economist Ludwig von Mises termed “confused and misguided sympathizers.”

Whether the person’s actions were out of love or hate of the government or a given political figure, establishing a NOIR would provide them an off-ramp before they get too far down the road to Hell.

Insider Spy Psychology
Find out what really goes on inside the mind of an insider spy - it will surprise you.  END_OF_DOCUMENT_TOKEN_TO_BE_REPLACED
Intelligence Matters Podcast: Psychiatrist and Insider Threat Expert David Charney on What Leads People to Spy
10 Stages of the Insider Spy: