The Mind of a Spy 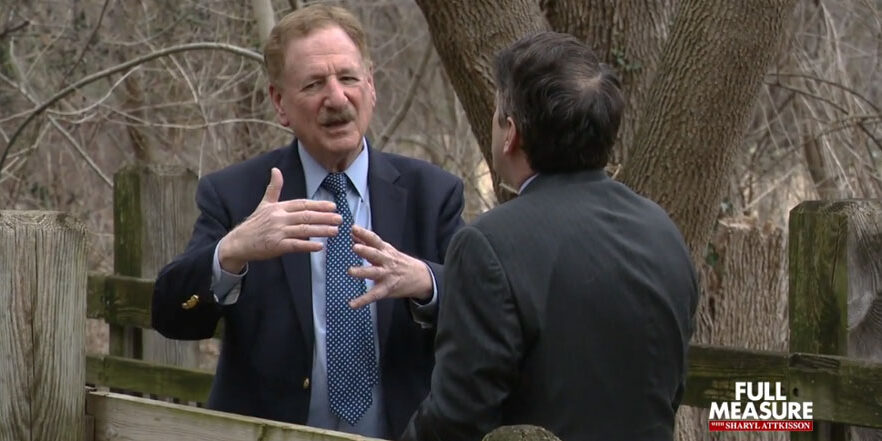 Journalist James Rosen recently produced an excellent piece called, “The Mind of a Spy,” and interviewed Dr. David Charney about Robert Hanssen, the thought process of someone who decides to spy, and the NOIR concept as a potential solution to preventing and stopping espionage. The show aired on Full Measure with Sharyl Attkisson.

Watch “The Mind of a Spy”

Psychiatrist David Charney @NOIRcharney has spent time speaking with notorious spies who turned on America. Now, we get an exclusive interview with the psychiatrist to understand what makes someone cross the line, Sunday on Full Measure. pic.twitter.com/puzVCRamwN

One thing keeps members of the intelligence community awake at night: the threat of a spy in their midst. Psychiatrist David Charney offers ideas on how to prevent it from happening. https://t.co/qbf87hedhL

For the men and women who run America’s 17 intelligence agencies, one threat keeps them awake at night: the possibility of a traitor in their ranks who has begun to trade, sell or give secrets away to a hostile foreign power. James Rosen reports on a psychiatrist who has spent more time than any other talking with so-called ‘insider spies’ and believes he can help minimize the damage they do.

James Rosen: Kun Shan Chun, aka “Joey Chun,” a Chinese native and naturalized American citizen who began working for the FBI as an electronic technician in 1997, guilty of spying for China for a decade, sentenced to two years in federal prison. Kevin Patrick Mallory, a former CIA officer, found guilty of sending classified documents to China, including the names of informants who had risked their lives by working for the United States. Now serving 20 years. And perhaps the most notorious ‘insider spy’ of them all, now serving a life sentence: Robert Philip Hanssen, the 25-year veteran of the FBI who rose in the 1980s and 90s to become a top official working on Soviet counterintelligence, meaning Hanssen was one of the leaders in our covert effort to ferret out Americans who had become “insider spies” for Moscow. Yet from 1979 until his arrest in 2001

John Ashcroft (U.S. Attorney General): This is a difficult day for the FBI.

Rosen: Hanssen himself was secretly working as an ‘insider spy’ for the Soviet Union and Russia, delivering to the Kremlin what the Justice Department called “a broad range of highly sensitive counterintelligence and military information,” including thousands of pages of highly classified documents that revealed everything from U.S. strategy in the event of a nuclear war, to the coded identities of dozens of human sources who were then spying against Moscow, at least three of whom were executed.

Rosen: In the minds of his compatriots in the intelligence community, that set of facts is akin to Hanssen being a murderer.

Dr. David Charney is a practicing psychiatrist with a longtime specialty: treating members of the U.S. intelligence community. Shortly after Robert Hanssen’s indictment for espionage, his defense lawyers retained Dr. Charney as a consultant.

Rosen: Behind bars over the next year, Charney and Hanssen would spend over one hundred hours in probing discussions, psychiatric sessions that established Charney as the nation’s leading expert on the psychology of ‘insider spies.’

Rosen: Given the publicity devoted to the Hanssen case, a kind of a caricature of him has emerged in the media: that he was vainglorious, that he was arrogant.

Dr. Charney: He could be arrogant, yes indeed. He could be superior and trying to kind of take the high ground, in terms of who’s intellectually more smart. And then on other occasions, he could be remorseful and unhappy with what he’s done. My interest was to understand what it is that operates in the mind of somebody who has made the decision to cross the line.

Rosen: In all of your dealings with Robert Hanssen, was there a chilling moment for you?

Dr. Charney: Inside of his cell, he had a television set built into the wall and he said to me, “You know, if I wanted to, I could communicate with the KGB from my cell right here.” I said, “you could?” He said, “Yes. You see that remote over there? You press on a button, it’s an infrared pulse, but I know morse code,” he said. With that kind of cleverness, what other bad things could he do?

Rosen: Years earlier, Charney, himself an Air Force veteran, had conducted equally lengthy sessions with Earl Edwin Pitts, an attorney, and 13-year FBI veteran who was secretly conspiring with the Kremlin for five years. To Pitts and Hanssen, Dr. Charney would later add Brian Regan, a former U.S. Air Force officer arrested trying to board a flight to Switzerland in a plot to sell classified U.S. military documents to China, Iraq, and Libya. From all this, Charney developed what he called a “life cycle” in the interior psychology of ‘insider spies’ A set of warning signs and triggers useful in identifying traitors inside the intelligence community.

“People who cross the line do so in a state of altered judgment when too much is piled upon them in the months before their decision to cross the line.” —Dr. David Charney

Dr. Charney: People who cross the line do so in a state of altered judgment when too much is piled upon them in the months before their decision to cross the line. Once they cross over they have a momentary euphoria: they’ve solved all their problems; they’ve gotten back at the people that didn’t treat them right, and they got some money, and they have solved this and that problem. Except there’s always what we like to call ‘the morning after,’ the morning after of remorse, when you think about, “oh my god, what have I done?”

Rosen: And it’s at that point that Charney believes the U.S. intelligence community isn’t doing enough. Ten years ago, an executive order from President Barack Obama created the ‘National Insider Threat Task Force,’ formed to help each federal agency strengthen procedures for rooting out traitors. Including extending assistance to at-risk employees. In a trio of academic papers over the last decade, Charney advocated the creation of a national office for intelligence reconciliation, a body separate from the spy agencies where ‘insider spies’ who have already crossed the line and deeply regret it could come in from out of the cold, so to speak, in exchange for receiving no prison time.

Rosen: In other words, if there existed an off-ramp to some brightly-lit diner, where the insider spy can go and turn himself in and start to tell you all the damage he’s done, but escape prison time, that is a more attractive option for the insider spy than what exists today?

Rosen: A spokesperson for the Director of National Intelligence says in the past decade, the National Insider Threat Task Force has trained thousands of US employees how to be on the lookout for insider spies.

Insider Spy Psychology
Find out what really goes on inside the mind of an insider spy - it will surprise you.  END_OF_DOCUMENT_TOKEN_TO_BE_REPLACED
Intelligence Matters Podcast: Psychiatrist and Insider Threat Expert David Charney on What Leads People to Spy
10 Stages of the Insider Spy: