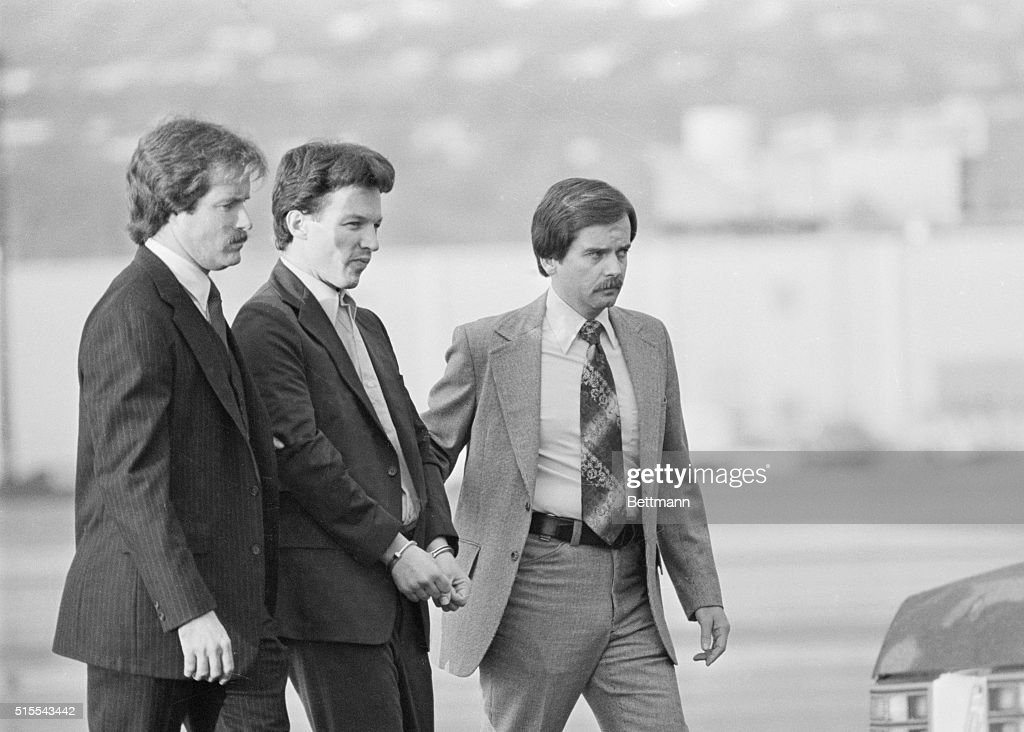 Christopher Boyce was a young TRW employee in California with a CIA security clearance who began spying for the Soviet KGB with his friend, Daulton Lee in 1975.

He was caught and arrested in 1977 and sentenced to 40 years in prison.

In April 1985, Boyce testified at hearings before the Senate Permanent Subcommittee on Investigations in Washington, DC, which concerned the US Government Personnel Security Program.

During the proceedings, Boyce submitted a written statement of his spying experiences, the conclusion of which follows.

His statements are an example of Stage Five in the life stages of an insider spy.

“. . . . .When I was at TRW, I and several hundred other relatively fresh employees were given a group talk on the perils of espionage.

A clean-cut, all-American type addressed us from the podium.

Here I sat with the KGB monkey already on my back, surrounded by all these young people who were being fed totally inaccurate descriptions of espionage.

They were given the impression that espionage was some exotic, glamorous escapade.

Handsome Slav spies would seduce young American secretaries on their vacations in Brussels and bend them into secret agents for the KGB.

That type of approach to preventing espionage was and is disastrous.

That was just what all those bored, young secretaries around me were dying to hear.

A government spokesman, automatically accepted by everyone as competent, stood there entertaining all those naïve, impressionable youngsters around me with tales of secret adventures, intrigue, huge payoffs, exotic weaponry, seductions, poisons, hair-raising risks, and deadly gadgetry.

It was a whole potpourri of James Bond lunacy, when in fact almost everything he said was totally foreign to what was actually happening to me.

Where was the despair?

Where were the sweaty palms and shaky hands?

This man said nothing about having to wake up in the morning with gut-gripping fear before steeling yourself once again for the ordeal of going back into that vault.

How could these very ordinary young people not think that here was a panacea that could lift them out of the monotony of their everyday lives, even if it was only in their fantasies?

There was only depression and a hopeless enslavement to an inhuman, uncaring foreign bureaucracy.

I hadn’t made myself count for something.

I had made my freedom count for nothing.

Perhaps some of them have been in place for years.

I tell that none of them are happy men and women.

And I would suspect that there are hundreds of other Americans out of the four million with security clearances who have given serious thought to espionage.

Those are the people you must seek out and reach with the truth.

It is infinitely better for you to make the extra effort to ensure that your personnel understand beyond a shadow of a doubt how espionage wounds a man than for more and more of them to find out for themselves.

No American who has gone to the KGB has not come to regret it.

For whatever reason a person begins his involvement, a week after the folly begins, the original intent and purpose becomes lost in the ignominy of the ongoing nightmare.

Be it to give your life meaning or to make a political statement.

Be it to seek adventure or to pay a delinquent alimony.

Be it for whatever reason, see a lawyer, a psychiatrist or a priest or even a reporter, but don’t see a KGB agent.

That is a solution to nothing.

I only wish that before more Americans take that irreversible step, they could know what I now know – that they are bringing down upon themselves heartache more heavy than a mountain.

. . . . If a person knows what espionage would mean to him, what kind of life he would have in the future, it’s just so totally an unattractive thing to be into—you’re never going to get away from it and it’s never going to end.

I would tell them they are going to regret it, that there just isn’t anything about it that is how it’s pictured in the public’s mind.

There’s no exit from it.

Insider Spy Psychology
Find out what really goes on inside the mind of an insider spy - it will surprise you.  END_OF_DOCUMENT_TOKEN_TO_BE_REPLACED
Intelligence Matters Podcast: Psychiatrist and Insider Threat Expert David Charney on What Leads People to Spy
10 Stages of the Insider Spy: