Kevin Mallory: The Churchgoing Patriot Who Spied for China 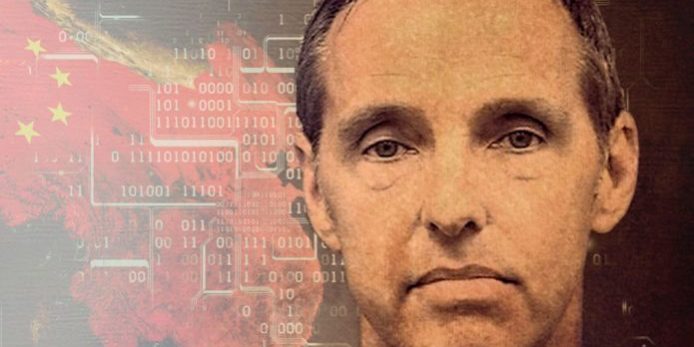 The BBC interviewed Dr. David Charney about the psychology of spying for this article on Kevin Mallory, a former CIA officer who was arrested for spying for China. This in-depth article gives good details about his life and the spiral that led him to espionage.

Kevin Mallory: The churchgoing patriot who spied for China (BBC)

. . . . For the Chinese agents, Mallory was a catch. He has dark brown hair, a broad smile and an easy-going manner, and he does not drink alcohol or coffee. He had worked as a covert CIA officer and held security clearances that gave him access to the nation’s most valuable secrets.

By the time he was approached by the Chinese in early 2017, though, he was working as an independent consultant and was struggling to make ends meet.

Randall Phillips, an investigator with the Mintz Group, previously served as the CIA’s chief representative in China. Speaking on the phone from Shanghai, he says the Chinese agents tried to make Mallory feel special. “They played with the guy’s vanity,” says Phillips. It’s a time-honoured technique often joked about. “I keep waiting for the honey trap,” one CIA official said recently in a Washington bar.

The Chinese agents approached Mallory not in a bar but on LinkedIn, saying in a casual way: “Hey, will you join my network?'”

According to court records. Mallory replied: “I’m open to whatever. I’ve got to – you know – pay the bills.”

They told him they were looking for someone with his professional background, the same ploy they had used on European members of parliament, according to the German domestic intelligence service .

“They get you to cross a line., Once you do, it’s harder to get out.” —Randall Phillips, former CIA Officer

Mallory, one of nine children, graduated from university in Utah with a political science degree and spent time in the military before working as a CIA operative. He lived in Iraq, China and Taiwan and married Mariah Nan Hua in Taipei.

In 2006, they bought their house in Raspberry Falls for $1.16m, with their three children, an adopted Alaskan malamute-style puppy Misty and another husky, Sierra.

Mallory and his wife spoke Chinese at home, a place decorated with brightly coloured throw pillows, a framed picture of a Mormon tabernacle and a rice cooker resting on a kitchen counter.

His own life reflected the way Americans and native Chinese speakers have come together in northern Virginia over the years. About 14% of the population in Loudon County is Asian American, ,according to census data .

On Sundays Mallory and his wife would head to church, where he was known as Zhiping Mao. Many of their friends at church are native Chinese speakers – they sing lyrics in Chinese (you can follow the English-language version in a hymnbook) in a back room.

Others at the church have a similar background to Mallory. Fluent in Chinese, these middle-aged men work for the CIA or other intelligence agencies. As one of Mallory’s friends commented, “You can’t swing a dead cat without hitting someone with a security clearance.”

Mallory used to remind people in Raspberry Falls how lucky they are. “He’d say: ‘You’re living the American dream,” recalls a family friend. “He’d tell people they should appreciate what they have.”

Another friend, Delrose Winter, recalls a day when Mallory and his family came over for a Fourth of July barbecue. They wore red, white and blue on that Independence Day and seemed “very patriotic”, she says.

By the time the Chinese agents got in touch with Mallory, he had $30,000 in credit card debt, according to court records, and was behind in his mortgage payments.

His new acquaintance on LinkedIn introduced him to someone who worked for the Shanghai Academy of Social Sciences, a think-tank that provides offices for scholars and cover for intelligence agents. He offered Mallory a position as a consultant.

Mallory flew to Shanghai and met his new bosses in a hotel room. These men did not say they worked for the intelligence agency, but they did not deny it either. During that meeting, the hair on Mallory’s neck stood up, he later said. He had agreed to take their money, though.

“They get you to cross a line,” says Phillips, the former CIA officer. “Once you do, it’s harder to get out.”. . . (read the whole article)

Insider Spy Psychology
Find out what really goes on inside the mind of an insider spy - it will surprise you.  END_OF_DOCUMENT_TOKEN_TO_BE_REPLACED
Intelligence Matters Podcast: Psychiatrist and Insider Threat Expert David Charney on What Leads People to Spy
10 Stages of the Insider Spy: