Don’t be an Espionage Pawn 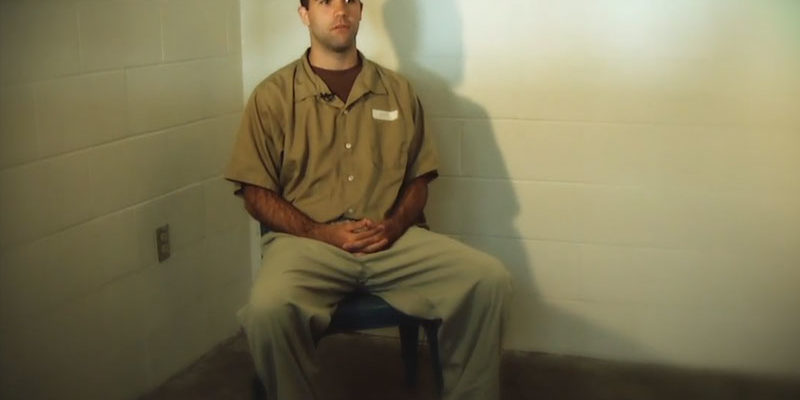 The FBI has recently released two videos about the Glenn Shriver espionage case to alert other college students who are studying abroad to the possibility of being targeted for recruitment by a foreign intelligence service or entity.

What are people who are recruited to spy (clandestinely directed by foreign handlers) against the US in for?

“…Despair…sweaty palms and shaky hands…. having to wake up in the morning with gut-gripping fear….I only wish that before more Americans take that irreversible step, they could know what I now know – that they are bringing down upon themselves heartache more heavy than a mountain.”–Christopher Boyce [read more what it’s really like to be a spy]

The first is a half-hour dramatization of the case called, Game of Pawns: The Glenn Duffie Shriver Story. At the point where Shriver panics after taking a CIA polygraph, Stage Five of the Life Stages of an Insider Spy is evident and he tries to remedy this trapped feeling by getting out of the US and running back to his foreign handlers. Wouldn’t it be better for America if he had someplace else to run to? The upcoming NOIR White Paper Part 2 presents a solution.

The second video is of Shriver himself talking about how he got recruited to be a spy:

(FBI) Glenn Duffie Shriver seemed like an average college student—majoring in international relations at a college in Michigan and interested in seeing the world. During his junior year (2002-2003), he attended a study abroad program at a school in Shanghai, People’s Republic of China (PRC). He developed an interest in Chinese culture and had considerable proficiency in Mandarin Chinese, so after graduating from college in 2004, he returned to the PRC to continue his language studies and to look for work.

Around October 2004, Shriver—living in Shanghai and financially strapped—responded to an English ad offering to pay individuals to write political papers. A woman named “Amanda” contacted him, met with him several times, and then paid him $120 to write a paper. A few months later, she reached out to Shriver again, saying she thought the paper was good and asked if he’d be interested in meeting her associates. He agreed.

Amanda introduced him to two associates who said they were interested in developing a “friendship” with him and who began suggesting that he consider applying for U.S. government jobs.

Eventually, Shriver realized that the men and Amanda were affiliated with the PRC government; nonetheless he agreed to seek a government job. Over the next few years, that’s exactly what he did—receiving a total of $70,000 in exchange for applying for jobs—until his scheme was uncovered and he was arrested by the FBI in 2010. He ultimately pled guilty and was sentenced to four years in prison.

Shriver later admitted in court that his ultimate objective was to get a job with a U.S. government agency that would give him access to classified information, which he would then provide to the PRC officers in return for cash payments.

To a recent college graduate, $70,000 seemed like a lot of money, and the promise of even more was too tempting for Shriver to pass up.

What he didn’t consider, though, were the long-term costs of his actions, which included, as one FBI investigator put it, “throwing away his education, his career, and his future when he chose to position himself as a spy for the PRC.”

– More on the case

There, he became a target of Chinese intelligence services and crossed the line when he agreed to participate in espionage-type activity.

He pleaded guilty to conspiring to commit espionage for a foreign government and was sentenced to a four-year term in federal prison.

The following are excerpts from a prison cell interview where Shriver tells his own story, and warns U.S. students about the foreign intelligence threat.

Glenn Duffie Shriver: We would meet, talk for a while, and the strong majority of the talk was you know harmless, “Oh you know, so what’s going on with you these days? Oh, is your family well?” Sometimes we would meet in a very nice penthouse of a hotel.

The biggest thing was how friendly they were you know just, “Hey no problem, you want some money? It’s okay, hey don’t worry, we just want to be friendly with you, we’re friends, it’s important for China and America to have strong relations, and the more people who are friends the better off that will be.” And at that point I kind of realized wow I can just go to Shanghai, they’ll give me a huge wad of Chinese money when I get there and then when I leave they’ll give me another huge wad of American currency. The motivation behind it was definitely greed and money. You know when you’re having money thrown at you especially when you’re at a place like Shanghai, you know, it’s a hard tap to turn off.

They say everyone has their price, and you know, when you’re being told “Hey. you don’t have to do anything about it…we just want to be your friend. Here’s $10,000, no big deal.” That’s hard to say no to. Recruitment’s going on. Don’t fool yourself. The recruitment is active, and the target is young people. Throw lots of money at them, see what happens.

Through the time they kept telling me hey you know we don’t want anything illegal from you, we’re not asking for anything illegal you know, at the same time they were telling hey maybe it would be best not to talk about us meeting with each other, things like that. Once they’ve got you on video taking that money whatever happens is they’ve got you, there’s no going back from that. You’re either going to have to do what they say or go through something very horrible.

If someone is telling you that they’re really interested in what you’re going to be doing in a few years in the future that might be an idea that they don’t necessarily want you to work for them in a legitimate way because if someone who wants to recruit you for a job right now is going to be asking what you’re doing now.

If someone gives you a business card and all it has on it is a phone number and a name that shows they’re trying to conceal something, I do remember getting one of those, you know just a name and a phone number.

If someone is offering you money and it feels like you don’t have to do anything for that money then there’s probably a hook in there that you’re not seeing.

If you’re meeting with someone and they ask you not to talk about the meeting that probably means you shouldn’t be doing it.

Just keep thinking, asking yourself those questions, what am I doing, who are these people, how is this going to affect me?

And if you don’t like the answers you’re getting get out of the situation.

Awareness, a keen awareness is the most powerful weapon.

It’s a dangerous world out there and once you get outside of America you don’t understand exactly what this country does for you to protect you and to keep that type of behavior away from you. You know we live in a very sheltered society and when you go out among the wolves, the wolves are out there. Someone who commits espionage is someone who takes the highest level of trust and betrays that, espionage is a very big deal, very big deal, you’re dealing with people’s lives and that’s why it’s such a big deal.

Conspiracy to commit espionage carries a life term but what they’ve given is espionage and for the most part you know whether I accept it or not that’s how I’m going to be seen and it doesn’t matter really how you feel, it matters how others see you, so it’s a moniker that I’ll fight for the rest of my life but that’s something I’ve done, it’s part of my life, I’ll never be able to change that.

I’ll never be able to work for the U.S. government. Probably a lot of the major businesses will not be interested in hiring me. There are definitely a lot of negative effects associated with being a felon. And, that’s a stigma I’m going to have to, you know, beat down.