The Causal Nexus of Insider Espionage, Part I 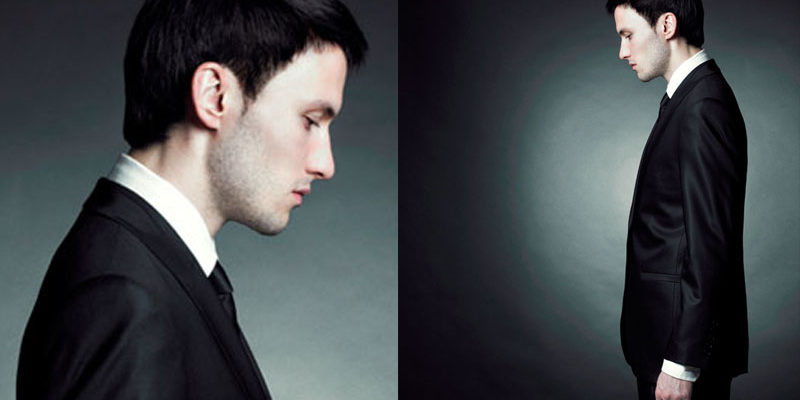 In True Psychology of the Insider Spy, Part One of NOIR: A White Paper, Dr. David Charney postulates that the core psychology of the insider spy is an intolerable sense of personal failure, as privately defined by that person.  It is this subjective experience that allows the would-be insider spy to make the final, life-altering and irrevocable decision to cross over the line and enter into a world of treason, betrayal, and espionage.  In describing this core psychology, Dr. Charney makes a point of noting that it is a “sense of personal failure, as privately defined.”

This is an important point that deserves further discussion.  It requires an examination of what might be considered first causes, which (in human behavior rather than philosophy) would be the particular thought or perception originating in an individual’s mind to which every chain of causes must ultimately go back.

Most discussions of why a person choses espionage tend to focus on the four general motives described in the acronym MICE (Money, Ideology, Compromise/Coercion, and Ego).  The Personnel Security Research Center (PERSEREC) in Monterey, California, suggested an additional three motives (disgruntlement/revenge, ingratiation, and thrills/self-importance), although these might also be considered more specific examples of the MICE category Ego.[2]

One fundamental difference in approach between Dr. Charney’s “core psychology” and generalized lists of motives such as the MICE categories is that core psychology acknowledges the subjective nature of motivation, while lists seek to place subjective experience into convenient, expansive, over-simplified categories.

Assigning motivation to one of a limited number of categories makes it all-too-easy to pigeonhole complex motivation, thereby undermining any lessons that might be learned from specific cases. To go a step further, generalizing motivation into categories also runs the risk of essentially placing the cart before the horse.

Upon closer examination, the four or seven identified motives do not actually represent an individual insider spy’s motivation.  Rather, they are the vehicles through which the insider spy engages his or her personal, private motivation, a motivation that has an internal rather than external focus and originates in the insider spy’s sense of self.

In the case of greed (i.e., the MICE category Money), once an individual’s basic needs are met, the accumulation of greater wealth or material possessions simply serves an ego-enhancing role.  This is demonstrated, for example, in the psychological phenomenon of social comparison bias, in which an individual is never satisfied with any level of material wealth or power, always comparing himself to someone who has still more.  The insider spy is not motivated by greed/money so much as the ego-enhancing benefits (feelings of success, feelings of superiority, etc.) derived from obtaining greater wealth or material possessions.

In the case of the MICE category Ideology, the particular set of political, social, or religious beliefs an individual choses to adopt are essentially a reflection of that person’s previously established worldview.  An ideology is not the shaper of beliefs so much as the venue through which an individual’s established beliefs are organized and expressed.

The insider spy is not motivated by ideology so much as the ego-enhancing benefits (feelings of righteousness, feelings of superiority, etc.) of acting in support of the ideology.  The chosen ideology gives the insider spy the psychological justification (in many cases, no doubt, the rationalization) for engaging in an activity (espionage) that will obtain those ego-enhancing benefits. To put it in more prosaic terms, no one speeds simply because he has a car, he speeds because he wants to; there is a psychological motivation for speeding.  He may feel a need or desire to arrive somewhere sooner.  He may enjoy the risk involved, or the minor rebellion against laws that dictate speed limits.  Whatever the motivation, the car is just the means of accomplishing the speeding.  Likewise, the four or seven conventional motives for committing espionage are not the first cause; they are the vehicles which allow or encourage it to happen.  The first cause, the actual motivation, is the ego-enhancing benefit the insider spy obtains (at least initially) from espionage.[3]

This is why Dr. Charney’s core psychology of the insider spy, that the spy is motivated by an intolerable sense of personal failure, as privately defined by that person, is a more realistic view of the primary cause, the first cause, for insider espionage.  Money, ideology, disgruntlement, revenge, ingratiation, thrills, self-aggrandizement, or any other “motivation” serves as the facilitator by which the insider spy overcomes the feeling of failure and reestablishes self-esteem.  The need to reestablish self-esteem is the motivation, the first cause.

This view suggests an even more daunting challenge to counterintelligence (CI) professionals.  Sudden, inexplicable wealth, seemingly uncharacteristic changes in lifestyle, unusual behavior at work, may all be “red flags” that suggest an employee is engaged in espionage.  By the time they appear, however, it is already too late.

To use a medical analogy, they are visible symptoms of an unknown illness.  It is as unsatisfactory an answer to suggest an insider spy is motivated by money as to go to one’s doctor with an unknown illness only to be told, “The problem is you’re coughing and have a fever.”  The symptoms are not the disease, and simply treating the symptoms does not guarantee a cure for the disease.

To continue with the medical analogy, current CI practice tends to focus on employment screening, creating barriers against unauthorized access, and monitoring of employees for unusual activities.  These are analogous to checking newcomers for signs of illness, creating quarantine areas where those who might be ill are not allowed, and treating the symptoms of those who do show signs of illness.  All of these measures are necessary, but none of them actually address the illness itself.  None provide a better understanding of how the illness might be prevented.

Dr. Charney’s concept of the core psychology of the insider spy does address the “illness.”  It postulates that the motivation for insider espionage is the experience of a subjective mental state in which the potential insider spy perceives that he has failed in some manner (personally, professionally, morally, financially, etc.).  He may blame himself, another individual, a group, his employer, or any combination of these for his failure.  Being a subjective state, outside observers may not realize that he perceives this as failure.  The perception of failure is intolerable to him and must be relieved in some manner.  He employs a vehicle or vehicles (MICE and its relatives) as a means of reestablishing self-esteem and, in the process, engages in espionage.

If any external factor, such as money or ideology, was sufficient motivation for espionage, then everyone with access to classified information would be susceptible to one or more of these motivations; it would simply be a matter of finding the right one and employing it to the right degree.  Obviously, that is not the case.  Statistically, espionage is actually extremely rare.  When it does occur, however, it can be devastating.

Dr. Charney’s core psychology of the insider spy provides a conceptual framework for examining the motivation, the first cause, for insider espionage.  It raises important questions that should be addressed in order to understand, and prevent, its occurrence.

The goal of establishing a National Office for Intelligence Reconciliation (NOIR) is to reduce the damage to national security caused by insider spies through knowledge of the psychology of the insider spy.  A NOIR that bases its work on the premise that the motivation for insider espionage is the core psychology of the insider spy (an intolerable sense of personal failure, as privately defined by that person) will, through experience, learn more and more about that core psychology.  Being a separate Intelligence Community entity, it also provides a safe, objective venue for examining the thought processes of those who do not commit espionage in a thorough, scientific manner.

A great deal of time and effort (not to mention tax-payer dollars) has been spent in developing technical means of securing information or detecting espionage activities.  Much has been written about the motivation of those who have already committed espionage. All of these efforts are after the fact (even security measures tend to focus on preventing something that has already happened from happening again).

The one way of consistently preventing espionage is to address it where it begins, in the mind of the would-be spy.  That is where one finds the first cause.

Everything after that – the act of stealing information, the pursuit of financial gain, acting on a particular ideology, seeking revenge against an employer, and eventually disillusionment, regret, “stuckness,” and a lengthy prison term – is the result of that first cause.  It is time we started focusing on preventing the disease rather than simply treating the symptoms.

[3] The one exception may be the MICE category Coercion, since by definition the spy acting under coercion has little or no choice in engaging in espionage.  The spy who is blackmailed, threatened, or otherwise forced into espionage obtains no ego-enhancement from his activity.  Rather, his espionage is more likely to result in depression, anxiety, and lower self-esteem.