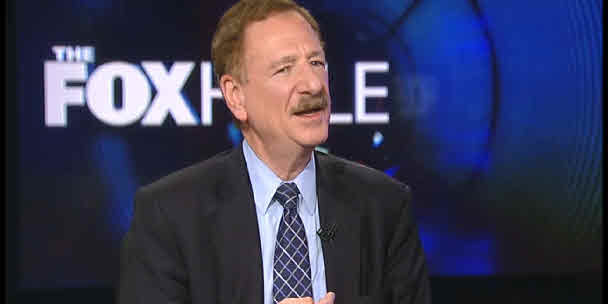 Dr. David Charney, author of the white paper, NOIR: A White Paper – Proposing a New Policy for Improving National Security by Fixing the Problem of Insider Spies, was recently interviewed by James Rosen, host of the Fox News program, “The Foxhole.” The interview is about 30 minutes.

Dr. Charney said this was the best interview he’s ever experienced because Rosen was prepared, thoughtful and asked intelligent questions.

The Foxhole: Dr. David Charney, psychiatrist to the spies

It wasn’t for the money.

It wasn’t for a woman.

And it wasn’t a bold gambit, driven by ideological fervor, to tip the scales in a global struggle for power.

Instead, Dr. David Charney, the Alexandria-based psychiatrist who has treated several of America’s most infamous “insider” spies – men like Robert Hanssen, the FBI official whose twenty-two-year relationship with Soviet spymasters is widely regarded as the worst intelligence disaster in American history – believes he has figured out what drives such traitors to reach out to hostile foreign governments in the first place.

“An intolerable sense of personal failure, as privately defined by that person” is how Charney, in a recent visit to “The Foxhole,” described the animating motivation for Hanssen and at least two other insider spies the mental health professional has treated: Earl Edwin Pitts and Brian Regan.

These individuals, Charney concluded, felt so terribly about themselves that they misguidedly grasped, in desperation, at traitorous behavior as a path to some kind of inner redemption – only to find that indentured service to a hostile foreign government had only worsened their outlook on life.

“That feeling of not being able to navigate your own life, that you’re not holding everything together, that you’re drowning,” Charney said, “this is the point of psychology that I think is the starting point for all of these people.”

Charney also has an idea about how to stem the damage done by insider spies who come to realize that their defection is worsening their situation – and long for a way out. In a two-part white paper entitled NOIR, Charney proposes the creation within the U.S. intelligence community of an agency that he would entitle the National Office of Intelligence Reconciliation.

This would serve as a kind of well-advertised safe harbor for intelligence officers who have gone over to The Other Side, only to realize the folly and danger of that mistake. Such an agency, Charney argues, could serve to lure some insider spies back into American arms, and thereby spare U.S. national security further damage.

Would the officers of NOIR be entitled to lie to suspected moles to entice them back from The Other Side? Would NOIR have final say in how severely such characters are punished? What does the U.S. intelligence community think of Charney’s idea?

All this, plus a discussion of related subjects like Alger Hiss and Lee Harvey Oswald, awaits visitors to “The Foxhole,” accessible via a secluded bridge, trod on a dusky evening, briefcase in gloved hand, when you’re not really sure who else is watching.

James Rosen joined Fox News Channel (FNC) in 1999. He currently serves as the chief Washington correspondent and hosts the online show “The Foxhole.”